The Morgan Rushworth Press Brake – a product with a long history 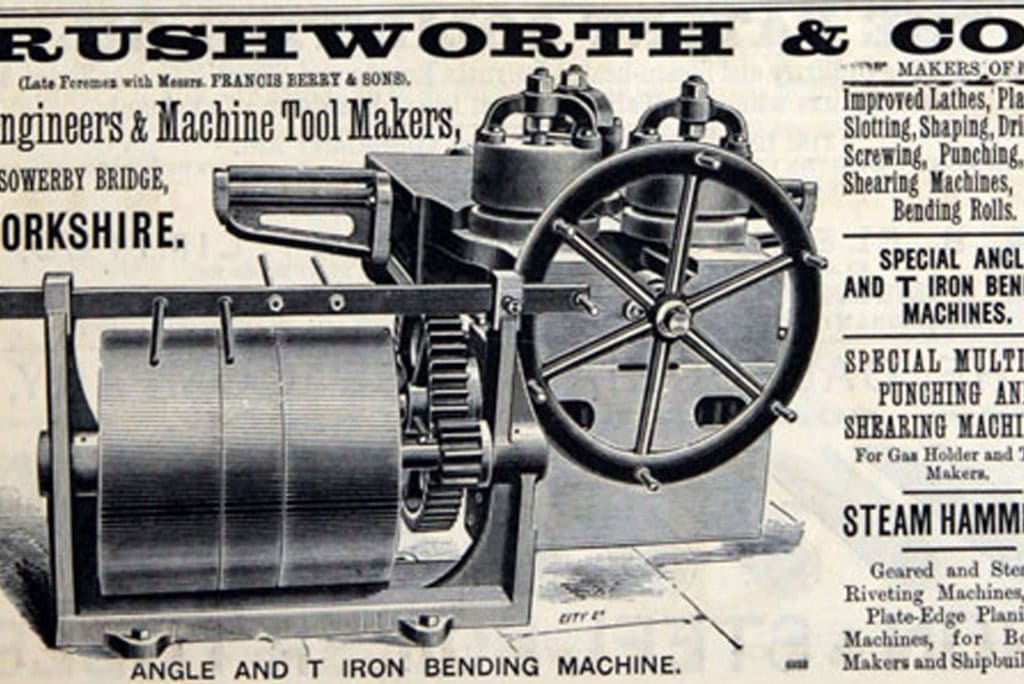 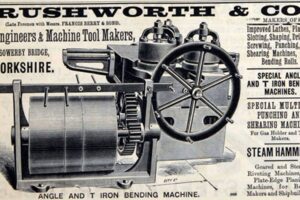 The story of Morgan Rushworth begins back in 1872. The decade when Trade Unions become legal, the working week was legally limited to 56.5 hours and the telephone, the phonograph, and the incandescent light bulb were invented. Sowerby Bridge, a small town in Halifax, Yorkshire had a history of producing textiles and engineering. It was here that the Rushworth factory began its long history manufacturing plate working machinery.

Fast forward 34 years to 1906. In a small workshop in Lye in the West Midlands, the Morgan Company, which manufactured manual sheet metal machines, was thriving. Its progress was slow and steady but it was building its expertise to such an extent that in the 30s it caught the attention of the M.O.D. – it was to be a long and fruitful relationship. The Morgan company flourished and enjoyed vast growth, moving from the small workshop to larger premises before their move, in 1960, to Providence St. Works, Lye, their home for the next half a century. Here, their range of products increased. They were manufacturing a full assortment of manual and powered box and pan folders, bending rolls, guillotine shears and press brakes. Up until the 1950s, mechanical brakes were widely used but the advent of better hydraulics and computer controls led to the production of hydraulic machines.

In 1972, 100 years after the Rushworth factory first began manufacturing its plate working machinery, the Morgan Company and the Rushworth factory, two well-established businesses, combined their expertise to become Morgan Rushworth, a company whose name became synonymous with the production of reliable, world-class sheet and plate machinery.

The company’s long success is testament not only to the quality standards of its products including the press brake, but also to the persistence of its proprietors to innovate, to meet the demands of its customers.

It is the company’s unceasing commitment to being at the forefront of engineering technology, and its continued rigor in research and development to create innovative, reliable and high-quality products, that is why it will continue to meet the high demands for reliable machines long into the future.