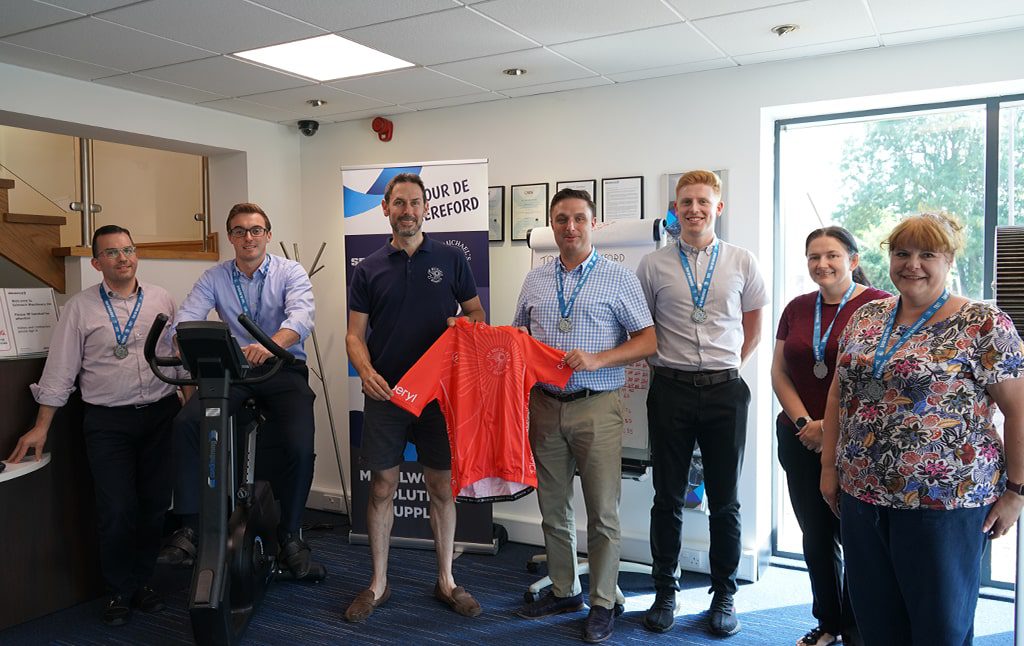 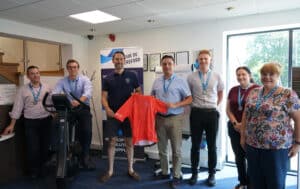 Throughout July the team were peddling away in support of St Michael’s Hospice, Hereford as part of their Tour De Hereford campaign, raising £470 for the charity! The team took it in turns to cycle in our reception area, as we aimed to cover the distance from Hereford to Calais! A distance of 400km or 249 miles.

The team made it, with a couple of miles extra victory lap too! A special mention to Bruce for his outstanding efforts, covering quarter of the distance on his own!