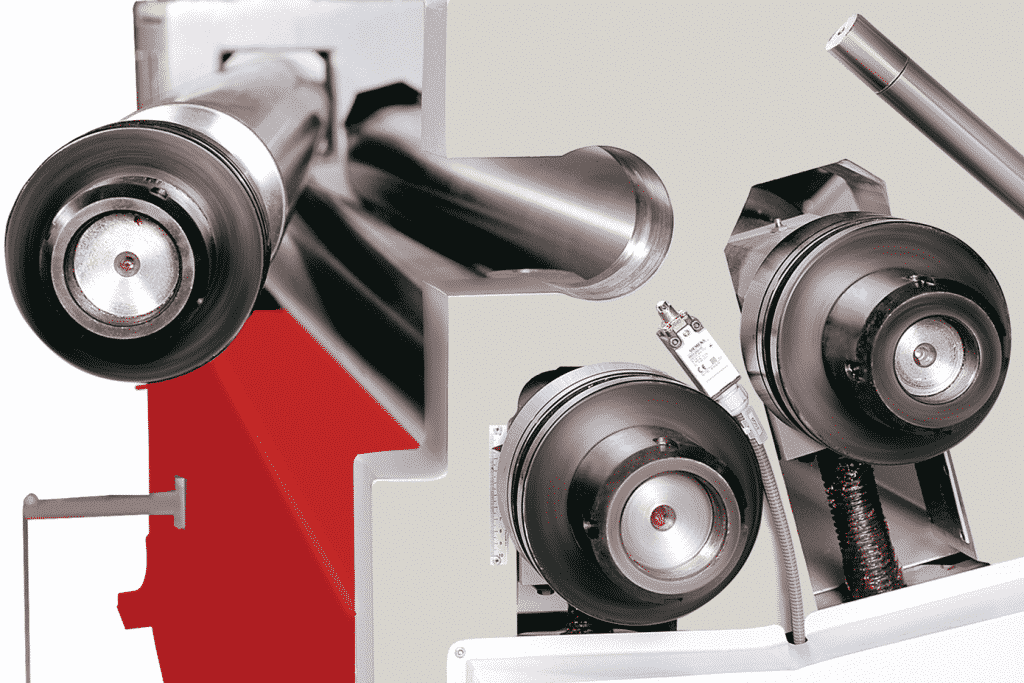 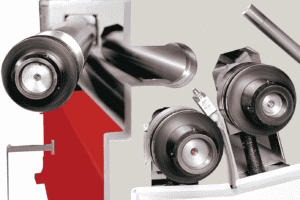 Ever since we have been able to refine metals, the need to form them has been vital and machinery designed to do that has been imagined since the times of Leonardo Da Vinci (if you’re in any doubt then check his beautiful designs for the first rolling mill). Six hundred years later we are really getting somewhere with the materials and machinery that can form sheet and plate metals quickly and efficiently.

But those machines didn’t just spring up overnight, despite Da Vinci’s forward thinking genius. Hand hammering endured for centuries after and was a long and laborious affair. With the onset of industry, the demand for products derived from sheet and plate metal skyrocketed. Rolling mills, initially powered by horses and water mills sprang up to fill the demand, later to be powered by steam engines to harness over 10,000 horsepower, until finally going on to be replaced a little further down the road by the electrical power and very familiar principles we still rely on today for our modern machinery.

It has been a long road though; to arrive at this point in our industry’s bending roll story and the Morgan Rushworth brand has been around for a much greater part of it than most, ever since 1872 in fact…

The Rushworth factory in Halifax, Yorkshire began its long and impressive history making plate working machinery around this time and was already enjoying a good reputation when the company who would grow to become an important part of their story began their own rise to prominence. To the south, in Lye in the West Midlands around 30 years later, the Morgan Company began to earn a similarly impressive reputation for manufacturing sheet metalworking machinery. It was a reputation that earned them a key role in the wartime effort, working with the Ministry of Defence and cementing their reputation as one of the very best in their field.

In 1972 the two companied combined to form the familiar Morgan Rushworth name we are proud of today, not least for the design and production of peerless sheet bending rolls. The materials used to craft today’s machines and the roll stack designs have changed dramatically, however the basic concepts are not too different from those early machines of old, the very machines that both Morgan and Rushworth made their names with all those years ago…

Today we have an extensive range of Bending Rolls for every need, whether manual, powered NC/CNC or conical, along with demonstrations, technical advice and the same after sales care we’ve been famous for all these years. Bending rolls have come a very long way since Da Vinci’s time, have a look for yourself!